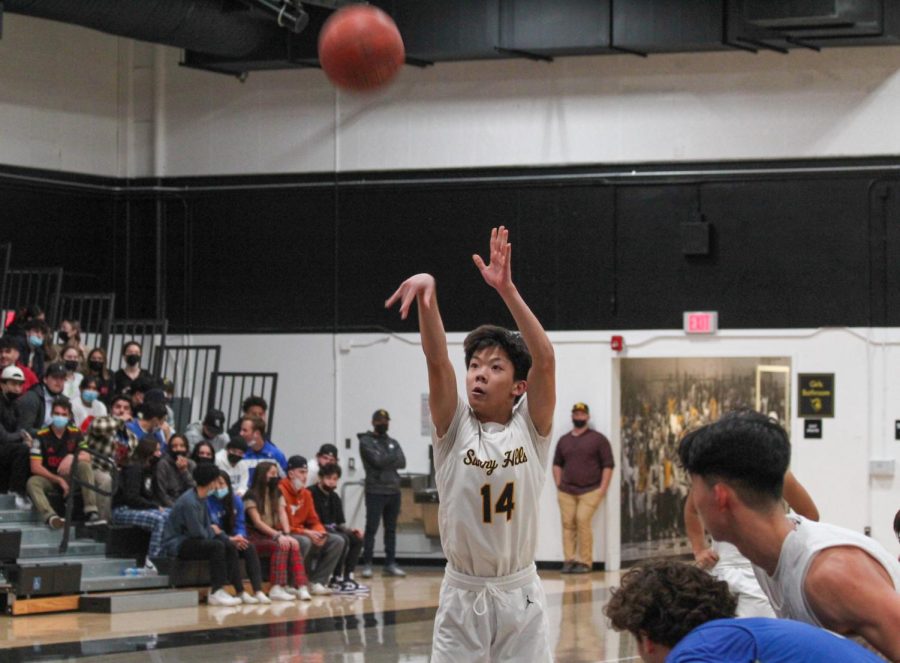 Outlook: The boys basketball team strives to win more games in league with the end goal in mind of taking the Freeway League title and advancing to CIF playoffs while preparing a skilled team for this upcoming season.

“I think more so than anything, the expectation this year is to just get back to normal and be a basketball program like we were pre-pandemic,” Ok said. “We weren’t very good last year … and so, we obviously want to try to improve and get back to the playoffs and compete for the championship if we can.”

Despite playing a regular schedule of games, the team did not feel like last year was a real season, the head coach said.

“I hate to blame it on the pandemic since everybody else was in the same situation, but I think it affected us even more so because we are so used to being active, like in the offseason, and then to be completely shut down,” Ok said. “That’s not to make any excuses, but I think it really affected us … and the combination of us being young and inexperienced.”

Last year’s squad consisted primarily of first-year players, and with the return of some key starters, Ok said he aims for a better outcome in terms of the Lancers’ record.

Ok said he has also noticed some improvement in his players as practices, workouts and games return to normal. He’s noticed an impact from the new players from last year’s junior varsity Freeway League championship team.

“It’s a good combination of guys that, being a year older [from last year], and also adding some pieces that were successful at the lower levels, is contributing to us being better than we were last year,” Ok said.

Heading into his second year on the team, point guard Nguyen said his fellow Lancers are focusing on defense and trying new offensive plays that would fit the lineup.

“Our goals for this year are the same as [they are] every year,” Nguyen said. “We want to compete for a league championship, and we think we are more than capable, but whether or not it happens is on us.”

The Lancers have been competing in different tournaments for their non-league season and have won the Los Amigos Winter Classic Championship on Dec. 4, contributing to their overall record of 15-4 this season.

They also came out victorious against the La Habra Highlanders 68-58 for their first Freeway League game on Jan. 4, already changing their season outlook this year compared to last season.

“Winning our first league game feels really good because last year, we went 0-10,” shooting guard Shim said. “But we have the same core guys as last year, and it just shows how much we matured.”

The boys basketball team will play its second Freeway League game home Tuesday, Jan. 11, against the Warriors at 7:30 p.m. after the original Buena Park game was rescheduled to Monday, Jan. 24.