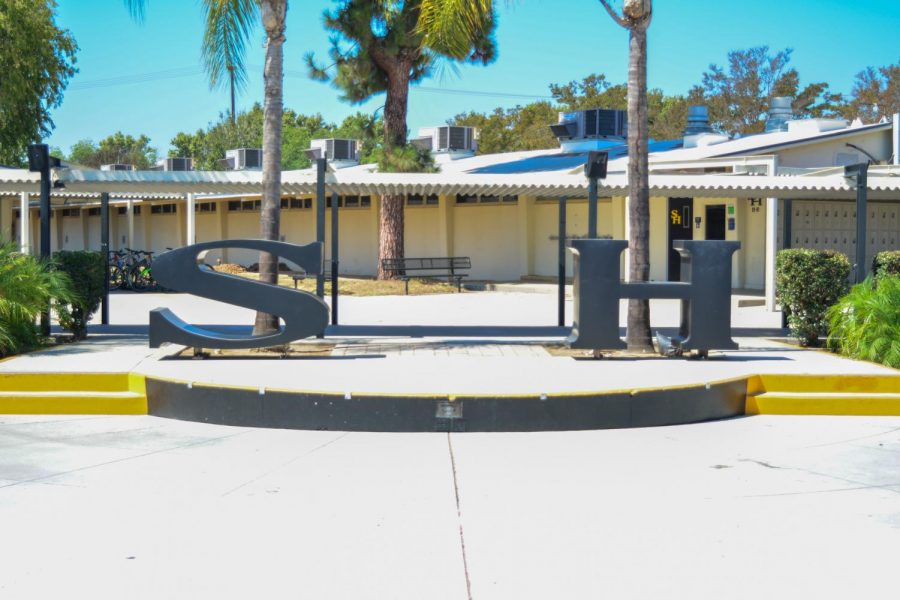 Of the 1,048 students who decided to take AP tests in the 2020-2021 school year, 233 opted to take them in person on the SH campus. The past year’s tests yielded results that were, overall, lower than those of previous years, and students and teachers agreed that online learning was a main factor for the dip in scores.

After a full year of online learning and hybrid learning for some, the 2021 Advanced Placement [AP] tests that students took yielded scores lower or similar to national and Sunny Hills averages from 2020 and before the pandemic.

“Our scores did go down average-wise just a little, and that may have been because of a different [test] format and hybrid learning,” principal Allen Whitten said. “I’m confident, [though], that our kids did as good as anyone else in the world.”

AP students saw better results in the 2019-2020 school year despite the fact that they learned on an online setting for the second half of the spring semester, whereas the past year was fully online or hybrid.

For those who chose the online option, the College Board had accommodations to prevent cheating such as an increase in multiple-choice questions and a restriction from reviewing previous questions and essays, depending on the subject.

The former was more lenient, with fewer questions and some, such as AP Government and Politics and AP Psychology, even completely eliminating the multiple choice section, while the latter shifted completely back to the traditional AP testing — the only difference being the online option.

Despite these changes, some classes did better than others with scores having similar averages as previous years.

AP Calculus AB teacher Mariam Tan, who declined to share her students’ score distributions, saw results that exceeded her expectations and said they did as well as past years. In 2021, 127 SH students chose to take the test.

For AP Calculus AB, the nationwide score distributions were the following, according to head of the AP program Trevor Packer’s (@AP_Trevor) July 23 tweet:

“Their scores were great [and] really fantastic,” Tan said. “Their pass rates and everything were super great and weren’t different [from] what they used to be.”

These were the international percentages of students who scored a 3 or higher on the AP Calculus AB test since 2019, according to Total Registration, a website that helps students register for exams:

In contrast, teachers like AP Government and Politics teacher Greg Del Crognale saw scores lower than that of previous years.

“They weren’t horrible, but they could have been better,” Del Crognale said.

For AP Government and Politics, which had 79 SH students taking the test, the nationwide score distributions were the following, according to Packer’s (@AP_Trevor) July 16 tweet:

Del Crognale also declined sharing the exam averages because he doesn’t want students to feel that they did worse than their peers after seeing the score distributions.

In comparison, the 2020 scores for the test were the following, according to The College Board website:

Del Crognale said the almost 40% drop in the pass rate of the government and politics test for AP students could be attributed to the mostly online form of education.

“When kids are in a Zoom meeting, there are more distractions that can take place,” he said. “They have access to their phones and all sorts of different things, which I think contributed to the lower scores.”

Despite the higher passing rate in the math course, AP scores at Sunny Hills overall saw a dip in their average, Whitten said.

“Overall, we still were above the national and global averages, which we’re always really proud of,” Whitten said. “But, our scores did go down average-wise just a little, [which] I think is just because of the [testing] format and hybrid learning.”

Students like senior Daniel Vargas, who took the AP English and Language Composition and AP Biology tests but declined to share his scores, feel that taking the exams would’ve been less stressful if he took fully in-person classes the past school year.

“I feel like I might have been better prepared and not as stressed out,” Vargas said. “I also think when it came to the testing formats, I felt a lot more comfortable in person because there were no real stresses about being late or having the internet crash.”

After taking the English exam at home and the biology test in person, the senior said he prefers the traditional option over the online one because it eliminates the risk of technology-related issues.

However, junior Lyla Agarwala, who took the AP Psychology exam last year, is among those who felt more comfortable testing at home.

“I felt like I was being watched less, and I could just sit down and really look at the test,” Agarwala said. “I’m sure if the testing was different and I [went in person], my score definitely would have been different.”

The junior referred back to her experience taking her very first exam, the AP Human Geography test as a freshman, saying she prefers at-home testing over being watched over by a proctor.

“I was much less nervous than I think I would have been if I had to take it in person,” Agarwala said.