‘Kissing Booth 3’ fails to ‘make out’ any satisfying conclusion 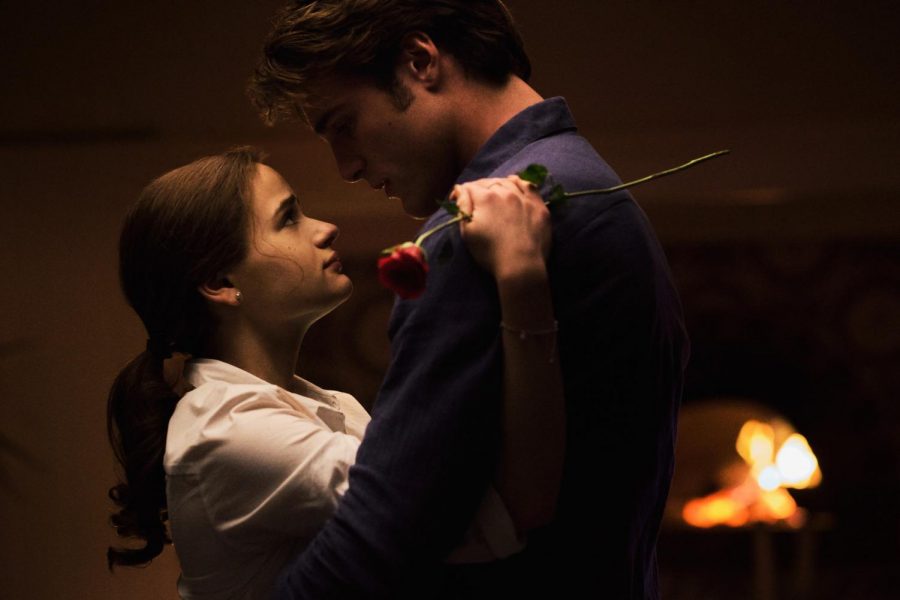 Played by Joey King, Elle (left) shares an emotional moment with Noah, played by Jacob Elordi, in the final installment of the “Kissing Booth” Netflix series.

The conclusion to the “Kissing Booth” Netflix romantic comedy series rehashes tropes and disappoints viewers through the third installment’s poor plot and characters.

Directed by Vince Marcello (“Kissing Booth 2”), the 113-minute film follows the consequences of the decision of Elle Evans (Joey King, “Calls”) to go to Harvard with her boyfriend, Noah Flynn (Jacob Elordi, “Euphoria”), instead of the University of California, Berkeley, with her best friend, Lee Flynn (Joel Courtney, “The Empty Man”), as she had promised.

To ease the animosity with Lee, Elle promises to fulfill the childhood bucket list they made together while also trying to be an attentive girlfriend.

Most of the film’s storyline focuses on the strain Elle causes on her relationships because she insists on dividing her time and emotional energy to keep Lee and Noah happy.

Scenes depicting this conflict involve petty arguments (jealous spats over past lovers), exaggerated reactions (breakdown of friendships over missed outings) and childish levels of stubbornness (Elle’s hatred for her widowed father’s girlfriend). Marcello’s melodramatic approach to building tension inhibits the believable depictions of characters who have honest reactions to the situations they end up in.

“Kissing Booth 3” over utilizes theatrics to push the plot forward, so characters miss out on displaying their more relatable and human traits.

Noah and Lee become the primary victims of this form of emotional caricaturization.

The brothers unreasonably depend on Elle to fulfill their emotional needs, and once Elle inevitably fails to meet their needs throughout the film, Lee and Noah angrily berate her in an uncharacteristically cruel manner.

As a result, both characters become extremely two dimensional and unsympathetic.

Elle does not come without her own defects. The principle fault of her character centers around her need to please others before fulfilling her own desires. While that specific character defect does not exclude her from having a compelling story, the execution of the flaw within the plot leaves much to be desired.

Instead of having any gradual character development from emotional codependency to independence, Elle only takes steps to actualize her happiness after Noah commits to a drastic change in their relationship toward the very end of the movie.

Elle’s progression to becoming more self-supporting seems like an afterthought in the grand scheme of the plot, which means she spends most of the movie passively reacting to events — usually by crying her eyes out.

Aside from the mediocre characters, ‘Kissing Booth 3’ contains a multitude of subplots that only further degrade the whole of the film and only seem to exist to pad out the lack of depth from the runtime.

To give a quick rundown of the various events that happen, Noah’s rival love interest from “Kissing Booth 2” reappears to declare his love for Elle, Elle’s widowed father gets a girlfriend and Lee and Noah’s parents want to sell their beach house.

Despite the large number of “B plots” which fail to emotionally engage the audience, the performance of the actors is not necessarily poor. Evans, Elordi and Courtney seem to earnestly do the best they can with the script given to them.

None of the main cast gives a lackluster performance, and the film shows glimpses of potential for an engaging story through the effort of its actors. However, “Kissing Booth 3” is  ultimately crippled by the poor writing and story direction.

Even long-time fans of the series can expect to be disappointed by the lack of development throughout the entirety of the movie and will be glad to finally kiss the series goodbye.