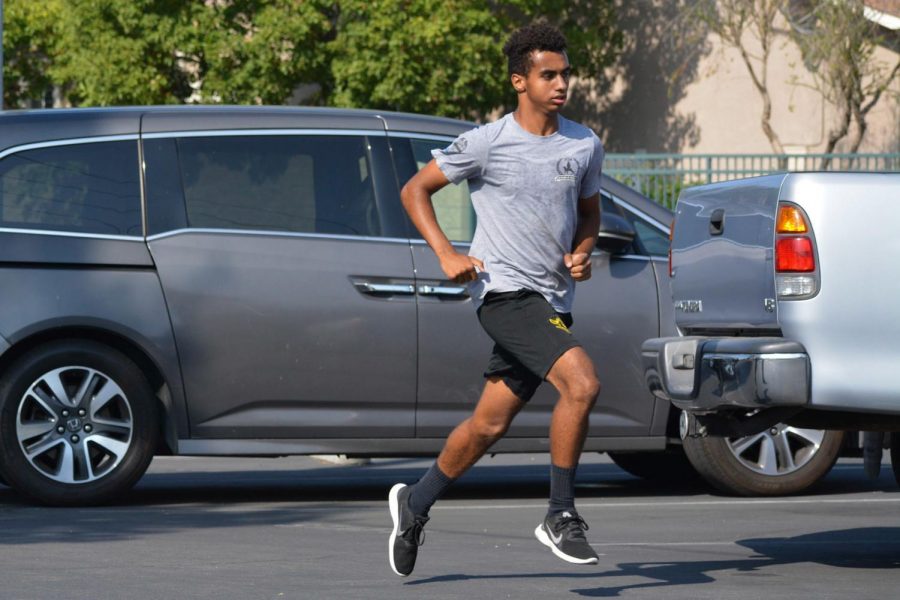 Outlook: After finishing third place in the Freeway League during a pandemic-riddled season that started seven months ago, the boys and girls cross country squads hope to improve their league standing this school year while also advancing at California Interscholastic Federation [CIF] meets playoffs.

“Reaching CIF means top three of six [in the league], which we were at the border of last year, so the one goal this season would be to get into CIF for both girls and boys,” head cross country coach Jacob Holloway said. “As a team, I would like to see better bonding through team spirit and camaraderie because this is a sport that is both individual and team-oriented.”

Last school year with the coronavirus pandemic, the team consistently had dwindling participant numbers during meets because of COVID-19 concerns, leading to forfeits. This season, however, with 21 boy runners and 13 girl runners on the team, Holloway said numbers won’t be as big of an issue.

“After COVID and just a weird year, we got some athletes back over the summer to a better position,” he said. “We don’t anticipate that being a problem, but we’re always looking for more people willing to run, and the [team] depth is always a plus.”

The top competitors for the Freeway League title are Sonora, Troy and Fullerton High School, as these schools have consistently placed top three in the league, Holloway said.

“As a team, my expectation is progress,” the coach said. “The other schools in the league are not bad, either. We just need to progress forward.”

The coach enacted a new weight room workout regiment over summer practices on campus to help runners reach their personal goals and some can already feel a difference in their performance.

“I’ve been logging in lots of miles and eating right to hopefully achieve my goal to break 15:30,” senior Noah Flores said. “In the weight room, focusing on squats and lunges definitely helped my legs get stronger and ready for the upcoming races.”

Sophomore Katelyn Marin looks forward to exhibiting her full potential after weeks of conditioning alongside her teammates.

“Some runners have been working really hard to show the league that we can endure the pain and no matter what it takes, we want to win,” Marin said. “The other teams will be surprised at how well we improved from last year.”

Although the team held all league meets on the SH track and softball field last season, with public parks allowing event registrations once again, the runners will return to Ralph B. Clark Park on Sept. 15 for their first Freeway League meet from 3-5 p.m.