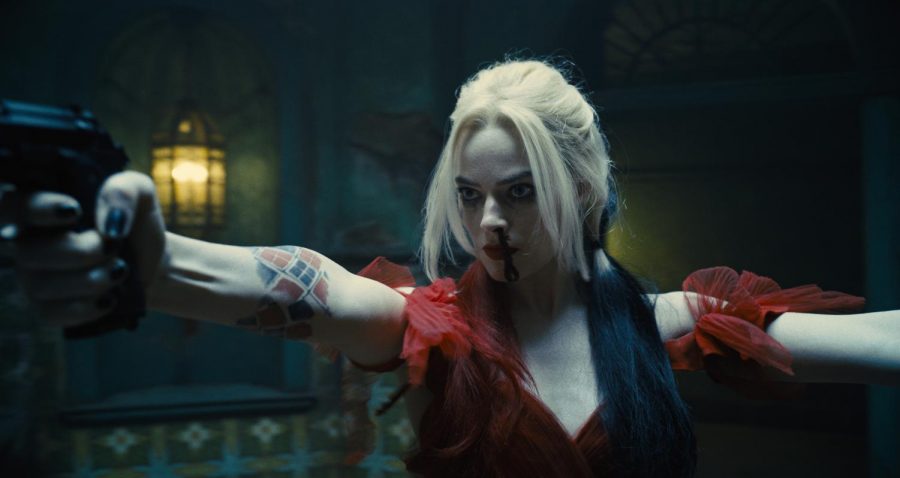 From one of the most anticipated blockbusters of 2021, "The Suicide Squad" features Margot Robbie as Harley Quinn, who fights her way out of the Corto Maltese prison in which she had been held captive.

Remember watching Iron Man, Captain America and Thor team up to combat the massive alien herd in New York? At the time, these moments filled audiences with wonder — that is, up until the release of “Black Widow,” a cliché Marvel movie that Disney released July 9 in which audiences were greeted with nothing more than another team-up-and-defeat-the-enemy plot line, except in Budapest this time.

These superhero movies eventually lost their charm because of the generic plots Marvel has been recycling in every one of its movies for nearly a decade. Audiences can easily predict the outcome of the story since the blockbuster machine always keeps the heroes alive for them to make an appearance in the sequels.

This Achilles heel of Marvel makes Warner Bros.’ latest film, “The Suicide Squad,” which has its roots in DC Comics, all the more special.

With the extraordinary direction of James Gunn (“Guardians of the Galaxy Vol. 2”), the Aug. 6-released film breaks through the conventional elements of the superhero genre and redefines the creativity that comes from a comic book franchise.

The first 10 minutes begin like this: intelligence officer Amanda Waller (Viola Davis, “Ma Rainey’s Black Bottom”) introduces with speed the characters of Task Force X, a team designed to exploit supervillains on risky missions in exchange for rewards, but almost all of these fascinating anti-heroes end up slaughtered before the title card rolls in.

This opening twist in a way represents Gunn’s attitude toward storytelling. During the film’s climax, the director opts to follow two characters in a heated conversation until a laboratory explodes; then the narrative rewinds to show the same scene from a different perspective, which makes the moment all the more interactive and complex.

Gunn also utilizes the opening to give the audience a good laugh over the early, unexpected death of the seemingly important character Blackguard, played by star comedian Pete Davidson. The mass decimation of Task Force X hints at how unpredictable the plot will be and serves as a heads-up that even the main leads are not promised survival.

Such an extensive roster of characters might remind audiences of movies such as the “X-men” series, which also had an ensemble cast.

Even though Gunn chooses Bloodsport and Harley Quinn to be the anchoring points of the story, every character mentioned above plays a significant role in the plot. For example, the child-like King Shark who almost eats Ratcatcher 2 learns to work as a team.

Jumping over multiple life-threatening hurdles, these unlikely heroes journey together to the island nation of Corto Maltese with the hope of defending the world from the secretive experiment known as “Project Starfish.” Keeping in mind the idea that every character is a villain, whether it be by heart or by criminal record, Gunn takes the audience into the most profane yet hilarious comic book blockbuster they have ever seen.

The idea of multiple plot twists keeps viewers waiting for the next unpredictable moment. But on the other hand, this 133-minute-long movie might receive some one-star reviews for its incoherent method of storytelling, which leads to an unclear and confusing message.

And indeed, this movie does fall short of delivering an emotional performance like that of “The Avengers: Endgame.” In fact, Gunn seems to put in no effort to deeply establish the theme of redemption.

However, this decision ultimately helps set apart “The Suicide Squad” from every other superhero movie out there. In a world where the protagonists wear awkwardly tight jeans, it’s difficult for the audience to take any melodramatic monologues of regret or a political message against the U.S. government too seriously, especially when these words come from a man-eating shark.

Many comic book films make the mistake of overemphasizing messages such as tradition or change and freedom or security.

Gunn’s decision to care little about the ethics of his characters and to rather double down on violence and gore brings this movie to its full potential, which resulted in an entirely different reception to 2012’s “Suicide Squad.”

The tacky cinematography from Henry Braham (“Maleficent: Mistress of Evil”) and the profane dialogues fit perfectly with the overall B-rated, comic-like tone of the film. More superhero movies should visually and narratively act like renditions of comic books, rather than pretending to be an art house film.

Like how director Martin Scorsese years ago labeled superhero films as theme parks, “The Suicide Squad” may be just another one of those entertainment blockbusters — simple and fun.

Think of how roller coasters take passengers on an exhilarating ride, but the people on board end up at the same place they started.

Similar to any theme park ride, “The Suicide Squad” does not take the audience on an emotional journey but still manages to bring a box full of surprises and suspense.

After a year of being restricted to at-home or drive-in theaters, this roller coaster movie might just be what people need right now.