Speak up students, the school’s all ears 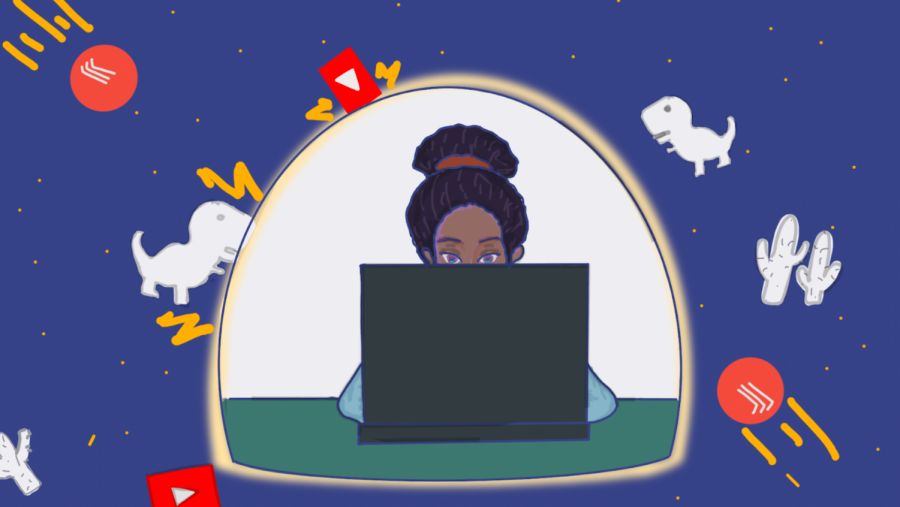 Upon reaching out to teachers, students who would like to add to their Chromebooks for school use Chrome extensions that are blocked by the district’s web filters need to know that the process to unblock them isn’t that difficult. It just takes making that request with a teacher first.

As a freshman learning how to navigate my school year via distance learning from home, I often felt frustrated with the district’s constraining content filters that block online resources such as educational videos and informational web pages, which are needed to complete school-related and extracurricular research.

One resource stood out from the rest —  Todoist for Chrome — one of the many harmless Chrome extensions restricted by the district.

With over 800,000 users according to the Chrome Web Store, this program acts as a digital planner that’s simple to navigate while providing all the necessary tools to stay productive.

Looking for ways to stay organized electronically, I attempted using Google Calendar but found this application to be rather difficult and confusing to operate. After a bit of exploration on the Chrome Web Store in early January, I came across Todoist for Chrome — which at that time was blocked for student use.

I wanted to take advantage of this specific resource that would also benefit other students struggling to manage their tasks or needing an organization strategy. By authorizing student use, I believed that the district would be encouraging responsible habits, so I at first had a preconceived notion that perhaps the blocking software works against this notion.

My journalism teacher encouraged, however, me to reach out to Sunny Hills’ own administrators and the Fullerton Joint Union High School District’s [FJUHSD] technology adviser to reach a compromise.

Doubting that the school would listen to a mere student’s request, I felt rather reluctant about emailing assistant principal Melissa Stinson on April 19 to receive her approval of the extension.

Stinson replied a day later with clarification of the district’s authorization process, which had me anticipating and hopeful of the app’s approval.

“If there is a new extension that has not yet been added to the approved list, a teacher must submit it for approval prior to students being able to add the extension,” Stinson wrote in the email. “All requests require that the teacher first obtain approval from site administration and then the requests ultimately get approved by the FJUHSD Technology Services Department when the approval form is submitted.”

Under her suggestion, I talked to my journalism teacher the same day and requested that he submit an approval form to the district’s technology department for review.

After about a week of communicating with my teacher and the site administrator, FJUHSD’s technology adviser finally authorized “Todoist for Chrome” for student use on April 28.

Upon receiving the update, I immediately and eagerly added the extension to my school-issued device and within a few days of trial, I was satisfied with what the application had to offer.

I can confirm that this extension serves its purpose in keeping users productive throughout the day, especially during the Advanced Placement testing and finals season, when students are bombarded with projects and tests. Offering a multitude of templates to organize meeting plans, agendas and goals, I’ve been more conscious of my time management skills and daily productivity since implementing this Chrome program, and I found myself with more spare time to dedicate to studying for upcoming tests.

Contrary to my original beliefs, I realized that with a bit of communication, it’s relatively simple to work with school and district officials to tackle technology matters.

I’m certain that other students share similar experiences in terms of technological difficulties and inconveniences, and I can vouch that with valid reasoning, they should not be shy in reaching out to any of their teachers first to ask if they can take the time to take that first step in filling out a Google Form for the approval process to go through.

This campus’ teachers and administrators are willing to listen and help, so if any students have a chrome extension they’d like to add to help them with their school work, be proactive and don’t be shy to reach out.