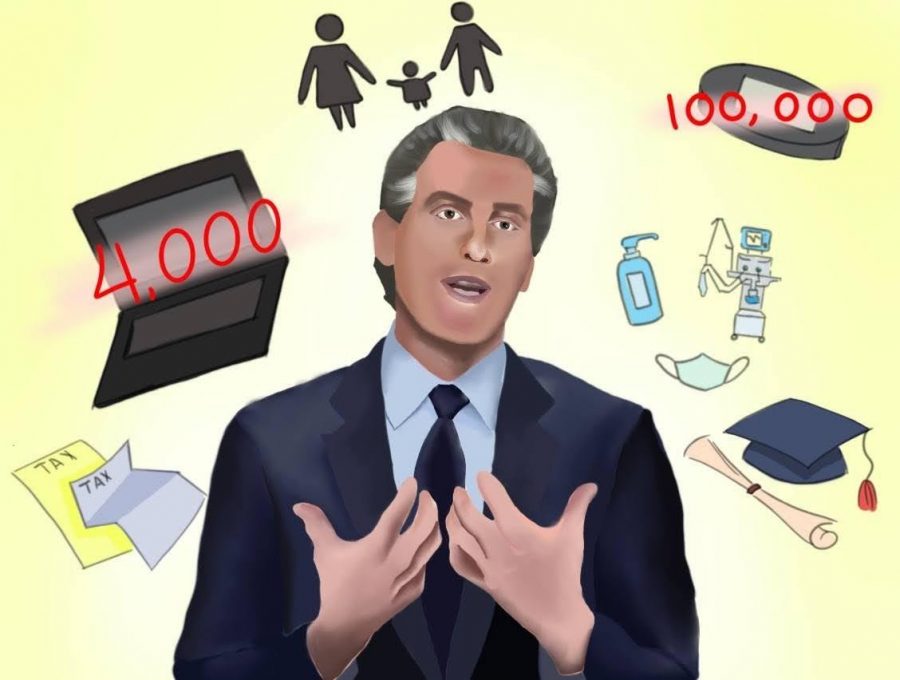 With two years remaining in his term, Gov. Gavin Newsom is facing the sixth recall attempt of his term. However, because of all Newsom has accomplished he deserves the chance to, at the very least, finish his term.

Since 1921, three sitting governors have faced recall elections with only one retaining his seat.

“Though efforts to recall a governor have increased in recent years, it is not common for [a] sitting governor to be voted out of office through a recall election,” according to Ballotpedia.

In California’s 170-year history, the state’s top leader has faced as many as 53 recall efforts, and only one time was it ever successful — in 2003.

The number of verified signatures collected to bring the recall on the ballot has varied throughout the years from 897,158 in 2003 to nearly 1.5 million this year.

Gov. Gavin Newsom has already faced five failed attempts from Californians to get a recall on the ballot — and he still has two years left to finish out his term before deciding whether to run for re-election.

Those behind the most recent one — his sixth — claim they have collected 2.1 million signatures, though their verification will not be concluded until the end of this month.

As of April 26, 2021, the state has counted enough verified voter signatures to force a special recall election.

Newsom is now facing a recall election, but he deserves to finish out his term at the very least.

According to Ballotpedia, recall supporters believe that “Newsom mishandled the state’s response to the coronavirus pandemic, did not do enough to address the state’s homelessness rate, and supported sanctuary city policies and water rationing.”

Though it is true that businesses — especially dining establishments — have suffered financially during the COVID-19 crisis, our current leader did the right thing to lock us down for a year.

During the pandemic, Newsom faced several issues. He was responsible for nearly 40 million people, yet within the first couple of weeks of the pandemic, he provided free COVID-19 test kits, enforced mandatory social distancing and ensured schools retain state funding.

Not to mention, Newsom helped out schools across California by providing additional Chromebooks and mobile hotspots to provide internet access for distance learning.

According to Edsource, Newsom partnered with Google “to provide 4,000 chromebooks to students and free mobile hotspot to 100,000 rural households,” at the start of the pandemic, which was convenient because millions of people lost their primary source of income: jobs.

As a result of Newsom’s efficiency during this pandemic, California leads in terms of people fully vaccinated, with 7.6 million, nearly 20 percent of the population.

Even before the pandemic, the governor was making significant changes to help out Californians.

This law, which will go into effect no later than July 1, 2021, will benefit high schoolers all across the nation by giving them more time to sleep. In the same New York Times article, Stanford professor Dr. Sumit Bhargava noted that “adolescents’ brains are still developing and that chronic sleep deprivation increases the risk of diseases later in life.”

Californians should remember what our governor has done for the Golden State because of the pandemic, which should never even be thought of as entirely his fault. Keep him in office.