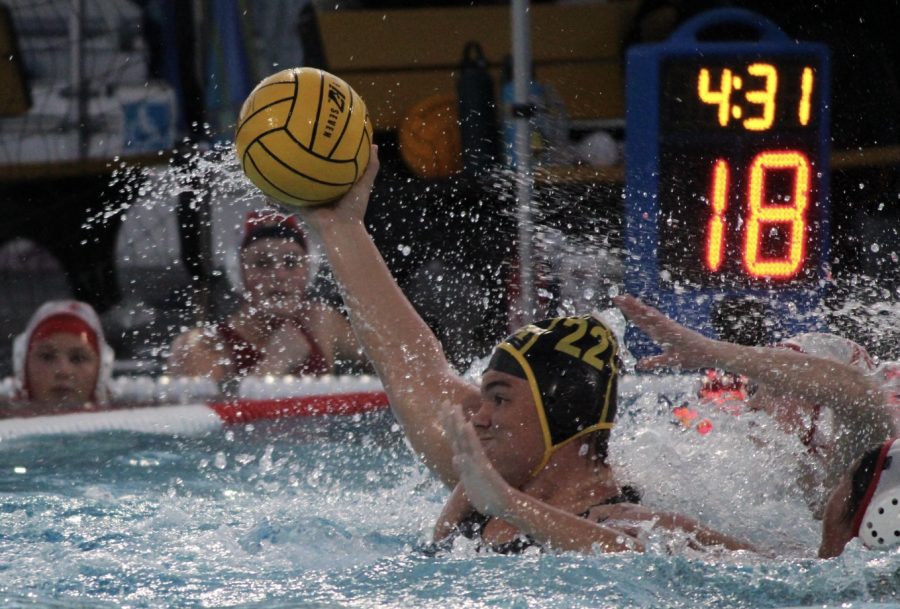 In its first game of the COVID-19-shortened season, the girls water polo team continued its dominance over Freeway League opponents, defeating Fullerton 19-5 Wednesday, March 3, at the Sunny Hills Aquatic Center.

“I’m always stressed and nervous before a game, but I was especially excited to play this game since it’s been a year,” utility player senior Sydney Sereg said. “I was not expecting it to go smoothly because it is our first game of the season, but overall it ended up going really well.”

Both girls’ levels had full rosters and parents of the athletes lined the bleachers, while staying socially distanced and wearing masks.

“Our offense did pretty good, and we had great teamwork,” Sereg said. “The way the other team’s play can change at any moment, so we adapted pretty well.”

By the third quarter, the senior committed to University of Redlands scored another 10 points  against the Tribe, which helped sustain the lead. Goalie junior Mary Grace Rovira made multiple critical saves, allowing only two goals from the Fullerton offense.

“It’s been so long since we played, but our expectations were to play hard, and we did that,” Rovira said. “A lot of us swam with our heads down, and we just needed to get our water polo instincts to kick in.”

“I feel like this was a good start especially since it’s been a year, but we do need to work on defense issues and communication skills,” Nighswonger said.