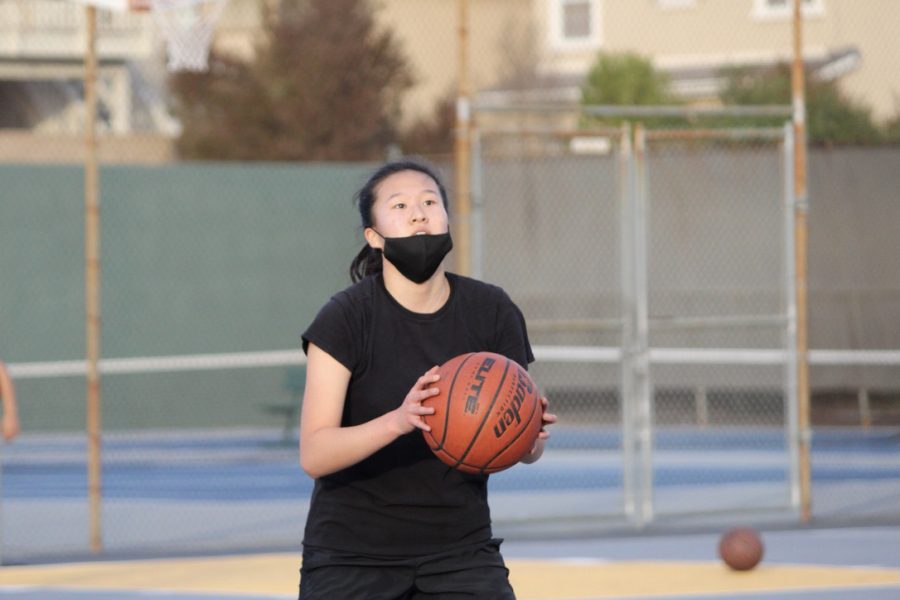 Prospective Lady Lancers will have a chance to vie for a spot on the Sunny Hills’ girls basketball squad Thursday from 4-5 p.m. on the outdoor sport courts.

Head coach Jae Byun said he is looking to fill the frosh-soph and JV teams through the tryouts, but girls can aim for a spot on the varsity squad as well.

“It’s all up to if their skill level suffices,” he said. “I’m looking forward to seeing them on the court.”

As of Feb. 24, the California Interscholastic Federation- Southern Section has yet to approve indoor sports yet, however, Byun is still choosing to hold tryouts in hopes of a change.

“There is a high likelihood that basketball season will not happen this season unless some dramatic revisions are made to the guidelines,” the coach said. “Students may have to tryout again and when we are able to have a season, we will have another set of tryouts for the whole program.

Before attending the tryout, those competing for roster spots must complete their athletic clearance and waiver found on the Sunny Hills website under “Important News & Announcements” or in the front office in Room 5.

Students will be provided with sanitized basketballs to pass in drills and are expected to wear athletic shoes, a T-shirt and basketball shorts. The coach also suggests that students bring water to the hourlong tryout.

Though the students are allowed to pass to each other, they will have to wear masks and maintain a six-foot distance from others throughout the duration of the tryout, Byun said.

“We will be doing a variety of drills that allow us to evaluate an athlete’s fundamentals and athletic abilities,” he said. “Students will need to do individual drills, like dribbling, as well as shooting, running and jumping.”

As of Feb. 19, no students have personally contacted the coach, and it is unclear how many estimated students will attend the Thursday tryout, he said.

Nevertheless, freshman Dareen Hagekhalil said she is actively preparing for the tryout and looks forward to showcasing her basketball skills.

“I’m aiming for the JV team so, in addition to my workout for my PE class, I’ve been working on my dribbling and my two-point shots,” Hagekhalil said. “I’m a little nervous, but overall, I feel fairly confident. Plus I’ve become pretty used to wearing masks so I’m sure it won’t hinder my abilities during the tryout at all.”

If students are interested in trying out for the basketball team and have any additional questions, they should contact Byun through his school email at [email protected].