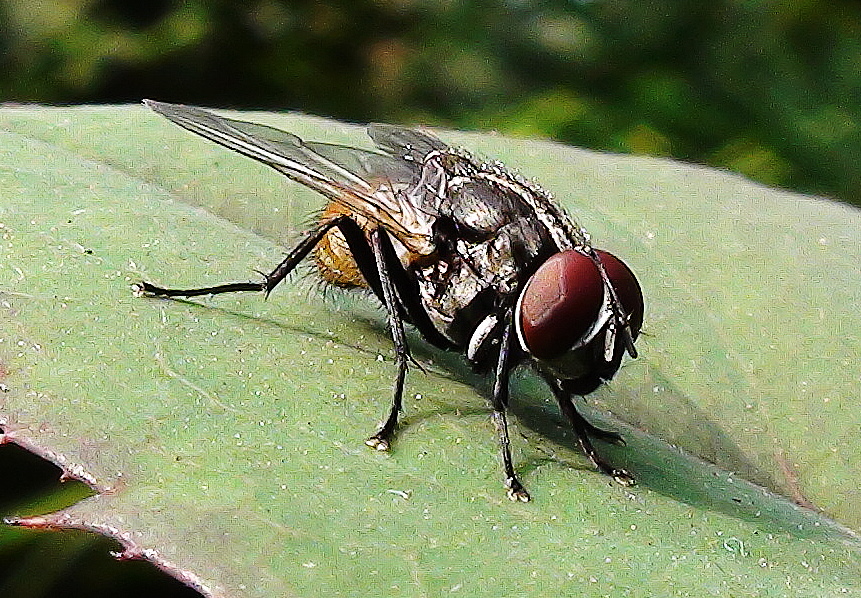 Image used with permission from joejhalda.

A fly like this one landed on Vice President Mike Pence's head during the vice presidential debate.

A fly landing like no other: this event trumps even the Rover landing on Mars.

In the middle of the vice presidential debate on Oct. 7, a fly landed on Vice President Mike Pence’s hair and remained there for over two minutes as millions of people tuned in to watch.

“I thought the fly exponentially increased the entertainment out of the debates,” senior Ethan Song said. “The debate itself was pretty fun to watch because of the chaos, but seeing that fly was just the cherry on top.”

The fly went viral, with more mentions on Twitter than any of the other presidential candidates, according to New York University.

“I didn’t think it was really such a big deal for it to go viral, but I saw my friends on their Instagram stories laughing at it,” sophomore Amanda Boupha said.

Though bugs don’t interrupt broadcasts often, there are large doors to let equipment in and out without any special preventative measures, so it wouldn’t be that difficult for insects to enter, said Marie Cusick, the youth media producer for the PBS NewsHour Student Reporting Labs.

“You want, as a professional broadcaster, to be eliminating any distraction that would take away from whatever the person is saying,” Cusick said. “However, really anything can happen in any broadcast, so there can always be hiccups or problems.”

This story originally appeared in the Oct. 30 print issue, which can be read here.