King for a day: Defund the police 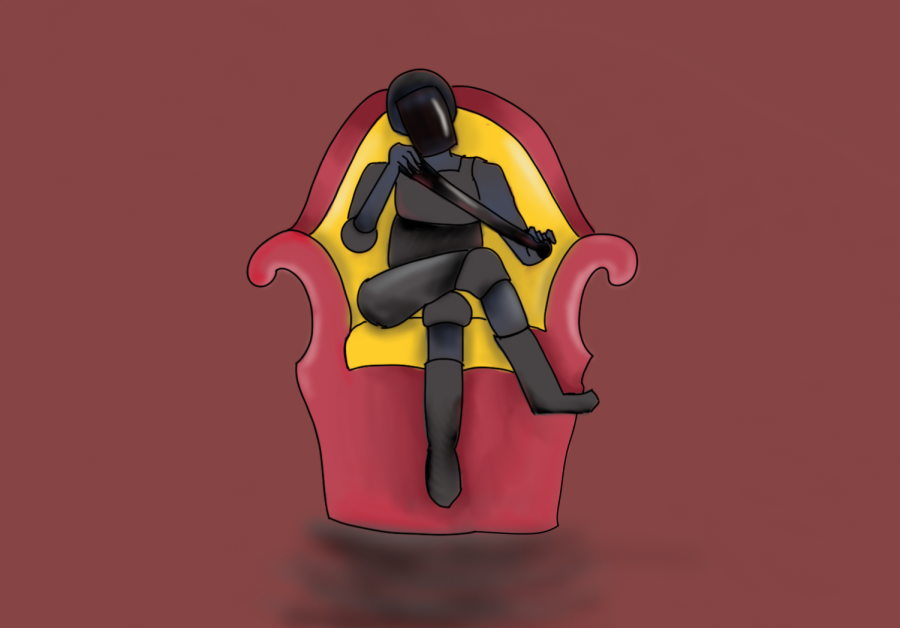 An artist's interpretation of the writer and his thoughts on police brutality.

This is the third part of a series of stories written by five of Accolade’s top editors as if they were to be “Kings for a day” — all of which originally appeared in the “Photo Finish” special section, which focused on the upcoming Nov. 3 general election in our Oct. 30 print issue. The full issue can be read here. One story will be posted per day until Election Day on Nov. 3.

It’s a blanket term relatively new to the English lexicon — but one that experienced an explosion in the wake of the killing of George Floyd and the ensuing criticisms against the current criminal justice system.

What the phrase actually means, however, still remains to be defined. On the more extreme end, some argue for the complete and total eradication of law enforcement in America while on the more moderate end, others call simply for a reduction in police budget spending.

Unfortunately, both only provide short-term solutions for a chronic problem because though Floyd’s death occurred over five months ago, little long-term progress has been made. After all, systemic racism in America’s law enforcement has existed for centuries — it will not and cannot be solved in a day.

It’s time to look at the roots of the problem. To become a police officer in the United States, many prospective officers complete a police academy program that averages 840 training hours in total spread out over six months, according to the Bureau of Justice Statistics, among other requirements including possession of a high school diploma or GED equivalent.

Compare that to the California requirements to obtain a cosmetology license — 1,600 hours of vocational training in a California State Board of Barbering and Cosmetology [CSBBC]-approved school and passing score on the CSBBC written and practical exam.

Sure, messing up while cutting hair could have some negative consequences. But why is it substantially easier to earn a job as a police officer — a role in which people’s lives are constantly at stake — than it is to become a cosmetologist?

Or compare our police academies to their counterparts in other countries? In England, recruits must complete two years of on-the-job training before being considered a full member of the police force — well over a year longer than most American police academy recruits will go through.

Let’s fix that. Many California community colleges, including Fullerton College, have some form of a police academy, so make it mandatory for all recruits to go through more training that prepares them to de-escalate dangerous situations while keeping themselves and the general public safe. While this won’t entirely eliminate police brutality issues in the future, it’ll make significant strides toward progress.

We can’t stop at just new police officers now, can we? 78,500 officers with full arrest powers currently serve in California, according to the Public Policy Institute of California — they need to go through the updated training, too.

So who’s going to be on the hook to pay the bills — taxpayers. Although tax raises might seem like a burden, shouldn’t it be us who are more concerned for criminal justice reform? Any one of us regardless of race, gender or any other demographic can be a victim of police brutality.

While it’s necessary for police brutality offenders to face the consequences of their actions, after-the-fact reactionary punishments make little progress against a societal issue. The threat of repercussions has failed to stop police brutality in the past and it’s going to fail in the future, too. It’s time to be proactive — and if that means taxpayers have to chip in a few cents to the cause, then so be it.

Money makes the world go round. If we want to make real change in the world, it’s time to put our money where our mouth is.