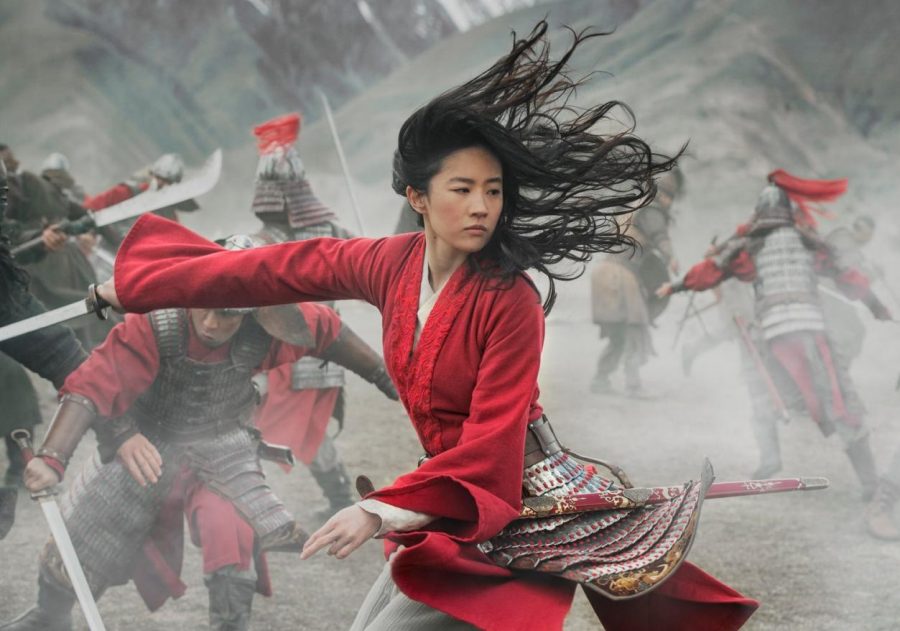 Liu Yifei, as Mulan, fights her own inner conflicts and physical battles in the new live action "Mulan" to be released Friday, Sept. 4, for Disney+ subscribers at a cost of $29.99.

Not another Star Wars movie.

Or a Marvel Universe flick.

To obtain “Premier Access,” though, Disney+ subscribers would have to pay $29.99 — more than half the cost of being able to watch it on the big screen in a theater whenever California Gov. Gavin Newsome deems it safe for such a business to reopen.

“Once you have Premier Access to ‘Mulan,’ you can watch [it] as many times as you want on any platform where Disney+ is available,” according to the information posted on Disney+. “Your access to ‘Mulan’ will continue as long as you are an active Disney+ subscriber.”

Given this first-time added feature on Disney+, The Accolade would like to know how many Disney+ subscribers at Sunny Hills would be willing to dish out nearly 30 bucks to watch the live action work starring two different actresses playing the title character at various ages (Crystal Rao as little girl Mulan and Li Yifei as the grownup).

Please fill out our online poll next to this story.

So how much of a devoted Disney fan are you?