The two-faced dictator out-‘Trumps’ the master of the ‘Deals’ 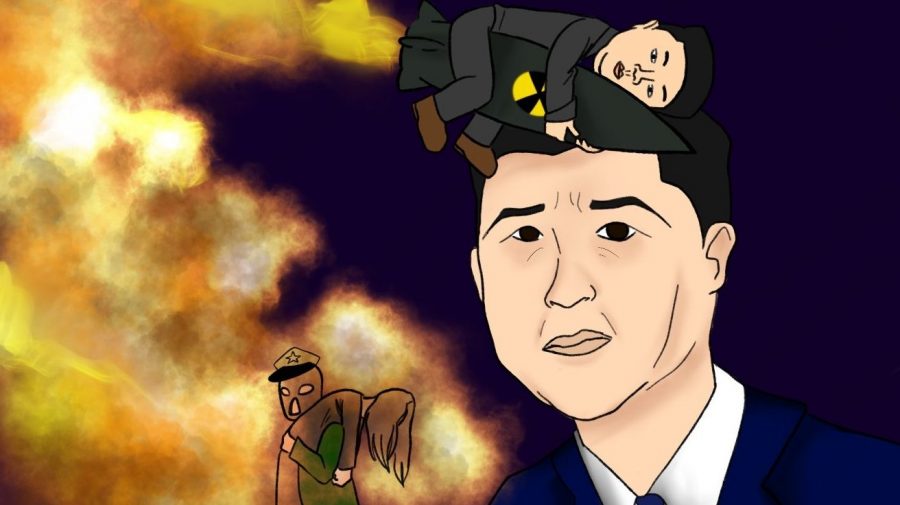 “Rocket man is on a suicide mission” Part 2 has begun.

Riding a white stallion that most likely cost over a million dollars, chairman Kim Jong Un  is portrayed as a majestic demigod that will battle President Donald Trump after the failure of preparation deals for a potential another US-DPRK that occurred in Stockholm, Sweden.

I do not see this image as a normal propaganda photo to promote the omnipotence of Kim in North Korea; I see it as an indirect implication that North Korea will terminate the deals for denuclearization and will revert to previous nuclear tensions the world witnessed before the first historic U.S.-North Korea summit on June 12, 2018.

The dictator became “Rocket Man” again in the eyes of the Western world as he recently fired an Submarine-Launched Ballistic Missile that were within the sea boundaries of Japan, which serves a significant threat to their security.

And Trump says he “fell in love” with this man? With the acts the North Korean leader commits, it’s no different from the ISIS leader the president boasted of assassinating.

Even during the peaceful, interactive times between Kim and Trump, North Korea committed multiple accounts of human rights abuse we should be infuriated with.

For example, one of the North Korean ambassadors for Italy, Cho Seung Gil, at the beginning of January 2019 attempted to defect to South Korea with his wife and daughter.
Unfortunately, according to the ShinDonga, the North Korean secret police captured his daughter and kept her hostage, threatening to murder her if Cho dared defect to South Korea.

As a result, Cho did not defect, and no one knows his whereabouts to this day.

Kim, under that smiling face he showed the media at the DMZ and Singapore, is committing all these evil acts despite Trump giving him an opportunity to change instead of being removed from his regime.

The dictator lost all his chances, and Trump must stop stating that hope exists for negotiation for denuclearization. North Korea has made absolutely no progress and continues to condemn our nation with abusive language stating that secretary Mike Pompeo’s requests for complete, verifiable, irreversible denuclearization [CVID] is very “gangster-like.”

Trump, enough is enough. Stop giving the chairman what he wants. The man who wrote the Art of the Deal must not be a good negotiator seeing how he cannot make any progress with denuclearization of North Korea.

Instead, we should target the rich, noble class of North Korea to sanction and pressurize them heavily to end the regime’s totalitarian ways. By targeting the core contributors of the North Korean regime, the instability will force Kim Jong Un to make concessions to Trump, including CVID.

For the sake of Cho and other millions in misery, let’s fight for the “moral good” and liberate the people from this oppressive regime by giving denuclearization sham and directly focusing all forms of pressure on toppling the Kim Jong Un regime.