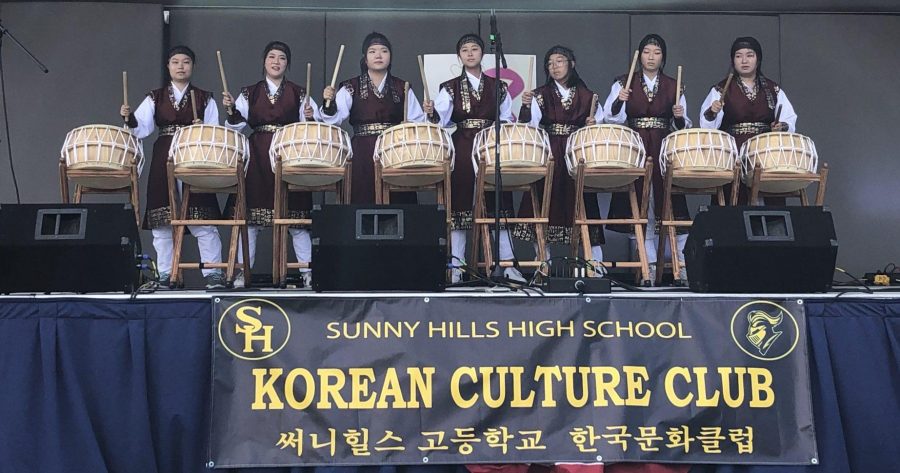 “I think this event was successful because I got to see my students learn and share the Korean culture,” said Korean teacher Esther Lee, who also advises KCC. “After the event, all [my] students were proud of themselves and of course Sunny Hills because it happened at Buena Park, which is a different community, so they shared their pride of being Korean American.”

A former KCC president’s mother, who is on the Silverado Days Festival planning committee, invited KCC in June to perform at the event after watching the 2019 Korean Culture Night held at Buena Park High School’s Performing Arts Center, Lee said.

After that, six non-Asian female students who wore Korean traditional dresses donated from parents performed a fan dance while a popular traditional Korean song, “Ariang,” played in the background.
The nearly one-hour performance ended with a Taekwondo demonstration in which eight students showed basic forms along with power and board breaking.

Junior Mayerly Mejia, who decided to join KCC because of her passion for Tae Kwon Do, decided to participate so she can get out of her comfort zone and share her favorite activity to an audience.