Reporter’s notebook: A reflection on my journey as a journalist 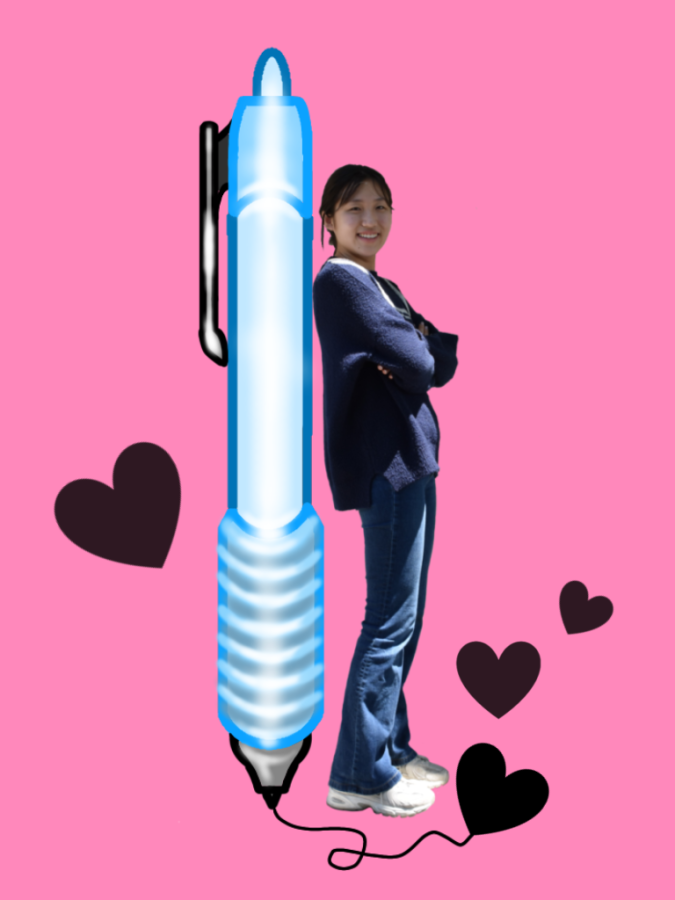 I stood behind a line of students, two quarters clinking in the palm of my hand.

As I drew nearer to the front of the line, I felt a rush of excitement — the same kind I feel on Christmas mornings — as my Journalism adviser Mr. Li handed me a thick wad of lined paper.

Filled with hurriedly scrawled-out notes from past interviews and observations I made, this bundle of paper represents the start of my journey as a reporter and the growth I made as an interviewer.

Crowded with my messy handwriting, these notes came from my interview with Jewish cook Judy Bart Kancigor, whom I wrote a feature story about in my very first contribution to The Accolade as a Journalism 1 student.

Though I was nervous and made mistakes while interviewing Kancigor as a rookie journalist, the experience became a stepping stone for me as I ventured to improve my interviewing skills.

“Think of your neighbors who may be struggling.”

I scribbled this quote out while interviewing Fullerton council member Ahmad Zahra about the ban on fireworks in our city — the first story I wrote as a reporter on The Accolade. Though the prospect of talking to an elected official scared me at first, I learned that leaders like Zahra are eager and open to answering my questions.

This 15-minute phone call not only encouraged me to break out of my shell, but it also helped me realize the importance of interviewing professionals and leaders in a given field for their input to strengthen my article’s credibility.

Through this experience, I would go on to interview a wider range of people, including, but not limited to, the Buena Park district mayor, a lecturer at San Francisco State University, a graduate student studying at the University of Southern California and a representative for California.

“In order for us to get back to normal, we need to put all the different pieces together, and it’s going to take time.”

This quote comes from an interview I conducted with the Fullerton Joint Union High School District’s Director of Food Services about the supply chain shortage in the first semester of my senior year for the “Running on Empty” Issue — our fourth issue of the school year.

By this time, I had become a more seasoned reporter with a notebook containing more ink than blank space — one who is able to dig deeper to uncover the facts.

I’ve now abandoned my fear of making rookie mistakes in interviewing. Instead of anticipating the worst, I now look forward to getting to know my sources to interact with people I normally wouldn’t if I didn’t choose to write articles for The Accolade.

My reporter’s notebook, which has now accompanied me for the past three years, is full of notes and doodles that, like a diary, illustrate the priceless lessons I have learned about journalism and interacting with people.

With the knowledge I’ve gained while writing countless stories for The Accolade publication, I hope to carry on in the future in the same way, with an open mind, marking new beginnings with every page I flip open.